You are not connected. Please login or register

a new idea and possible reboot?

a new idea and possible reboot?

alright before anything is said just hear me out.
i've been looking and trying to ways to try to get people to join but we were lacking something and i think i figured out what it was.
for the past few weeks I've been using discord which is similar to Skype but very very different it. discord has its perks as an example it can have upwards of 1000 people from what I've seen so far. they have voice and text channels so everyone doesn't get disconnected from a chat box and it adds that interactive feel to it also there are bots there that can play music and be assigned to auto designate members of the chat. with that being said here is my proposal. with the bots making play lists that store music that can be played in channels

I doubt people will be going out of their way to recruit now i mean where would people go for that anyways however with the right community on discord we can have people join the channel by advertising a link to the channel while still using the forum. how you ask?  when the channel is created one can create a link automatically by hitting a drop down menu and select invite people the link is then generated.

why do this you might be thinking? theres a couple reasons why actually as i have proposed it.
theres 2 main reasons as to why i am proposing this.
1st to keep people from feeling like the site has died as everyone can communicate together and keep active users together.
2nd reason would be to relation to the forum. if people come onto any forum site most people are going to get a feeling like no buddy is even active even though people would be posting religiously on here.  don't get me wrong the forum is an excellent tool to use but it can be utilized much better. after observing 2 different channels i can conclude that the ranks on both the discord chat and PDA forum can share the same rank classes can be set up in a similar fashion instead of having that online feel that this needs to be done by this date which i have done in the past we can have instructors post the assignments on pda post grades and such but a big change is that instructors can have scheduled class times that could be open to anyone.
long story short the discord channel would be an extension of the forum as all activities such as tournaments would be posted on here grades as well member introductions ect.

As is i highly believe that this will be the best course of action not only for PDA but for the entire online yugioh community as well.

I strongly urge the head staff to consider my proposal as its something that would help the academy out a lot and give it new life.
_________________

» a new idea and possible reboot?

» Return? LETS FIND OUT IN THE NEXT EPISODE OF *FILLER*

Card of the Week 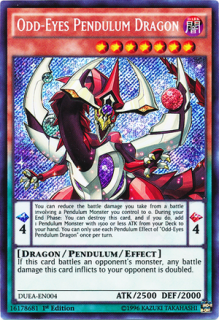